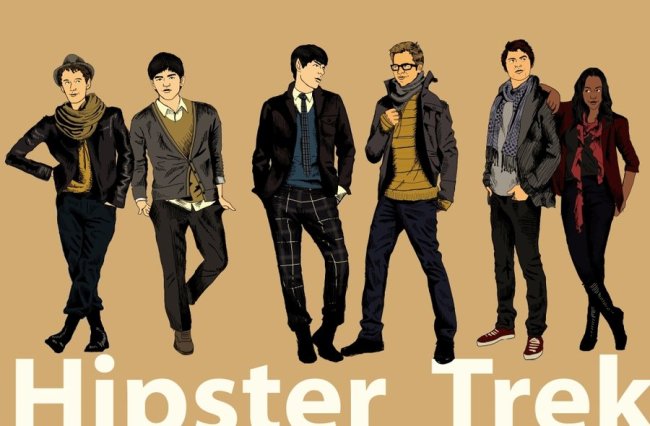 In Response to Steven Kurutz New York Times Opinion article, about being caught in the hipster trap, let me highlight what an actual TRAP looks like.

Last year, Nicholas Powers wrote for The Indypendent about stop and frisk policies targeting a majority of black and latino people. In his article, Powers shared that he tries to dress hipster when he goes out at night to 1) avoid getting harassed by the police for being an African-American male, and 2) to have more chances of hailing a cab in the city. His words:

“And I fell into this conservative ideology. I studiously look hipster to avoid hassle by the police. Sweaters, dark-rim glasses and a man-pouch are my camouflage. And it works. They never harass me. Since I teach literature, a thick book is often in my hands, which is useful for hailing taxis in Manhattan. Drivers assume I’m “safe” but I hear fear and disappointment in their voices when I say, “Take me to Bed-Stuy!”

I think Powers is making a strong point about how, although being called hipster is an insult to some, dressing in the ideology has an advantage to others. It might just depend on our racial, and socio-cultural positionality. Looking hipster then, might or might not be useful to an african american or latino who wants to avoid this:

So, while Powers dresses up in an ideology to avoid “hassle” and racial stereotyping, Kurutz, who is not your usual victim of racial profiling, is upset that whenever he wears a scarf now (knitted) he looks like an “idiotic, young, hollywood, hipster” as stated here:

For years, I wore a knit cap, starting early in the fall and extending late into spring, because I get chronic sinus headaches made worse by the cold. Now I can’t wear it without looking like the idiotic young-Hollywood hipsters whose wool beanies rest on their tousled heads year-round in sunny California.

Sure, hipness might indicate a type of refined discernment in fashion taste and culture. It might also be associated to a rebellious, avant-garde rejection of a bourgeoisie life style that many don’t want to be associated with because it robs from their individuality. But, hey, if you are black or latino and dress in the hipster ideology, you might avoid getting man handled at night when you come back from having 2 drinks with your friends.

While Kurutz seems to be a “natural born” hipster, just like he seems to be “naturally” white, male, and can afford living in Williamsburg, Powers admits that dressing hipster helps him avoid negative attention by the police on the street. While Kurutz does not want to be stereotyped as “hipster,” Powers does not want to be racially profiled as “black male.”  See? hipsters. A segment of culture, more complex than its looks.

Can we do less complaining about how we were hip first? We need more acknowledging that to reject an elite, you gotta be part of that elite first, and if you are, then you are privileged: To start, you have less chances of getting man groped, harassed, unfairly sent to jail etc. when walking or driving down the streets. That being the case, not being able to escape your hipness might just mean you cannot escape your position within whiteness.

I am a trained philosopher but usually make a living teaching middle school or writing Spanish scripts for Youtube. I get hung up on things. So here is my writing about whatever I'm hung up on in the moment. I'm from Argentina and my style of writing might have too many run ons for you. Consider that too.
View all posts by Are You Hung Up →
This entry was posted in Something such as fiction and tagged Hipsters, Race, Racial Profiling. Bookmark the permalink.